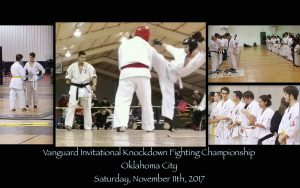 At Conan’s Academy, we offer Kyokushin Karate which is whole body training which focuses on the full-contact aspect of fighting and that develops an attitude of perseverance and determination. we are now proud to say that we are affiliated with the International Kyokushin Federation.  Mas Oyama, the 1st person to fight 300 men Kumite (fighting) utilized this technique. 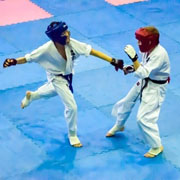 Kyokushin was started by Korean-Japanese Masutatsu Oyama in 1964. Kyokushin is Japanese for “the ultimate truth”, developed from the determination of the pursuit of ultimate truth of mind, technique, and body. It focuses on self-improvement & discipline but also includes realistic fighting. This system is an Aggressive style of self-defense.

What You Will Learn:

Women Are Welcomed At All Classes!

WE LOOK FORWARD TO WORKING WITH YOU